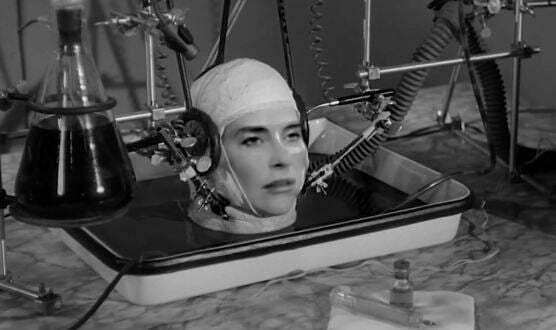 Zone Out (via The Brain That Wouldn’t Die)

I am aware that I am turning into something of a robot bore. Whatever the human activity, be it work or pleasure, I have become far too prone in conversation to tell people how said activity will be taken over and then transformed by artificial intelligence. And soon – usually I throw in the promise of there being four or five years of human dominance in whatever field it is, before the machines take charge. Telling people how their jobs will be undertaken by robots is a good one (curator? all you need is a programme that selects, describes, presents and contextualises from existing data. You might want a few human super-curators to oversee the programming of the machine, but the rest of us are history). Most recently I have managed to cause annoyance by speculating on how football will be changed by wiring up the players, changing how fouls are measured, how the game is evaluated and how the fans will follow it. The technology alters not just how the thing is experienced, but how it is understood. In a robot-led world, it is the robots that will make the rules.

And now we have the robot movie, or at least the start of robot filmmaking. Zone Out is a six-and-a-half minute film written, directed, scored and performed by Benjamin, a computer programme. Benjamin was devised in 2016 by British director Oscar Sharp and American artificial intelligence researcher Ross Goodwin, when it, or he, was fed numerous 1980s/90s science fiction scripts and using a LTSM (long short-term memory) recurrent neural network produced a script which was then acted out by humans, the result being the bizarre but peculiarly haunting Sunspring (2016). This was followed by It’s No Game (2017), a self-spoofing sequel starring David Hasselhoff, with some contributions from William Shakespeare.

Zone Out was produced by feeding Benjamin with science fiction film scripts as before, combined with public domain footage from the feature films The Brain That Wouldn’t Die (1962) and The Last Man on Earth (1964), with the faces from the Sunspring actors superimposed on to the faces of the actors in the footage, speaking Benjamin’s new dialogue. A score was added from a public domain source. Benjamin was then given two days to produce a short movie.

Benjamin couldn’t entirely produce a film from scratch. He/it needed some initial prompts in terms of plot set-up, and required some human assistance in matching the archive footage to the new dialogue. Other limitations were caused by constraints on the amount of computing power available (so they could not included synthesized speech, for example).

The results are compelling. Two couples are caught up in emotional scenes, interspersed with scenes in a laboratory. The dialogue is weirdly random (“Are you sure you need a problem?” “I’m not certain – I don’t remember the loss of a substance”). The aspect ratio alters as different source movies are used. There is a theme of face-swapping in there somewhere, and all of the characters have a disturbing look, as though each has undergone a dubious face transplant. Despite the incoherence, the actions builds up to a persuasive climax, with a female head on the laboratory table laughing with an eerie ‘heh, heh, heh’ as a monster crashes into the room and strangles one of the scientists. All the while sweet music plays in the background, trying but failing to drown out the alien.

Zone Out (via The Last Man on Earth)

Zone Out has clear links with the avant garde. The most obvious parallel is with the work of David Lynch – there is plenty here to make one think of Eraserhead, or the red room in Twin Peaks. One could posit a connection between Benjamin’s re-ordering of found materials into something rich and strange with the cut-up techniques of William S. Burroughs, chiefly literary in execution but which Burroughs transferred to film with director Anthony Balch. I thought of the work of musician-performer Laurie Anderson, especially ‘O Superman’, whose ‘ha-ha-ha-ha’ metronomic voice could possibly be heard again in Zone Out‘s closing mirthless laughter.

Is Benjamin an auteur? The human beings behind the video speak of wanting to respect “Benjamin’s apparent artistic vision” in prompting its particular construction. What Benjamin has achieved is the absolute quality of a dream world. While a Buñuel or a Lynch might create the idea, even the recollection, of a dream state, Benjamin realises this in the process of production. The elements that makes up his/its world are fed into his/its mind. That mind (a neural network) reconfigures this material into something that mirrors reality while at the same time being free of its logical constraints. Such is what goes on while we sleep. Benjamin can make films that other filmmakers can only dream of.

This connects Zone Out, in my mind, to a project I wrote about on my Bioscope blog back in 2011. The video (above) demonstrates work undertaken by neuroscientists at the University of California, Berkeley, who scanned the brain activity of volunteers who had been watching films. This neural activity was then mapped to an archive of 18 million one-second video clips taken from YouTube, which had not previously been seen by the volunteers. The computer programme then matched the clips to the records it had of the brain activity. The results were a series of beautiful, half-recognisable, half-abstract videos that visualised brain activity in a rather persuasive fashion.

To the ordinary sceptic, Zone Out is ridiculous, showing the failure of the machine. For the romantic pessimist, it could point to how films could get made, or at least some films, years from now (four or five if you are an optimistic pessimist). As an Ars Technica article notes: “Greater computational efficiency and refined data-parsing tools may very well make this kind of 48-hour computer-crunch of filmmaking a real possibility in the future.”

Somewhere in between lies Benjamin’s actual promise, of a kind of film beyond our imagining that nevertheless must come from the products of our imaginations. Androids do not dream of electric sheep. They dream of us.