Heritage Made Digital is a British Library programme focussed on digitising items from its collection previously neglected by digitisation projects and/or items in a fragile condition. As part of this programme I led on a project which identified newspapers for digitisation, researching their history, and demonstrating what could be done with that research. The project focussed on British newspapers 1800-1879 which were published in London but were read more widely than just London. The project digitised over 250 titles, or one million pages, with plans in place to make all of the digitised newspapers and the data derived from those papers openly available online. There were also assorted online texts, talks and other displays. The project began in 2017 and continued until March 2022.

Reports on project activities can be found on the British Library’s Newsroom blog, including an overview post, ‘Heritage Made Digital – the newspapers‘.

This was a one-year project (2012/13) funded as part of the AHRC’s Digital Transformations in Arts and Humanities programme. It looked at the potential of speech-to-text and allied technologies to benefit academic research. Speech-to-text means taking a speech audio file and converting automatically what is spoken into word-searchable text, much as OCR converts old manuscripts into digital text. It is a technology which is entering the mainstream via mobile phones but still faces huge challenges with large audio-visual archives, multiple voices and multiple accents.

An overview of the project is on the British Library website, here.

Over 2004-2005 I worked (with Simon Brown) as Senior Research Fellow at the AHRC Centre for British Film and Television Studies, based at Birkbeck, University of London, on a project investigating the nature of the film business in London 1894-1914. Simon studied the producers, distributors and ancillary businesses, while I took on exhibition and audiences. The main outcome our ‘London Project’ research is an online database to the film businesses and venues of the period, available at http://londonfilm.bbk.ac.uk. There was also a small touring exhibition, which visited a number of museums and libraries across London. Various written outputs have been produced, including contributions to a special issue of the journal Film Studies on the subject of cities and cinema. For a full set of links to the project outputs, see http://picturegoing.com/?page_id=913.

You can download an article derived from my London research: ‘Diverting Time: London’s Cinemas and their Audiences’, in the London Journal, vol. 32 no. 2 (July 2007), available here by kind permission of Maney Publishing.

Shakespeare on Film, Television and Radio

I managed this three-year (2005-2008) AHRC-funded project to create an international database of Shakespeare on film, television and radio. The project aimed to create a comprehensive database for Shakespearean production across these media, include video recordings of stage performances and some audio recordings. It aimed to give up-to-date distribution information for all titles, and to make the data available to researchers through a sophisticated online database. The project had a particular interest in the neglected field of radio Shakespeare. The completed database is available from the British Universities Film & Video Council at http://www.bufvc.ac.uk/shakespeare.

The book of the project is Shakespeare on Film, Television and Radio (London: BUFVC, 2009), co-edited by Eve-Marie Oesterlen, Olwen Terris and myself.

Independently of this project, in 2008 I established a blog, BardBox, which collects notable examples of original Shakespeare videos on YouTube.

Cinemagazines and the Projection of Britain

I managed this three-year project (2004-2007) project, funded by the Arts and Humanities Research Council (AHRC), investigating the history and uses of the cinemagazine. Cinemagazines are the lost film genre, magazine films having been a common feature of cinema programmes for decades, before evolving into television programming, but they have suffered from critical contempt if not total neglect. The form, however, was ideal as a carrier of ideas and as a gentle persuader, and cinemagazines were used by industrial concerns through series such as Mining Review and Oil Review, and especially by the Central Office of Information. The British government body carried out the policy of the ‘projection of Britain’ by producing series such as This Week in Britain, London Line and Transatlantic Teleview, shown across the world in cinemas and particularly on television as broadcasting spread across the globe in the 1950s and 1960s.

The two major outcomes of the work are a database of almost every British cinemagazine story, included as part of the British Universities Film & Video Council’s News on Screen database, available at http://www.bufvc.ac.uk/cinemagazines, and a book edited by Emily Crosby and Linda Kaye, Projecting Britain: The Guide to British Cinemagazines (London: BUFVC, 2008). 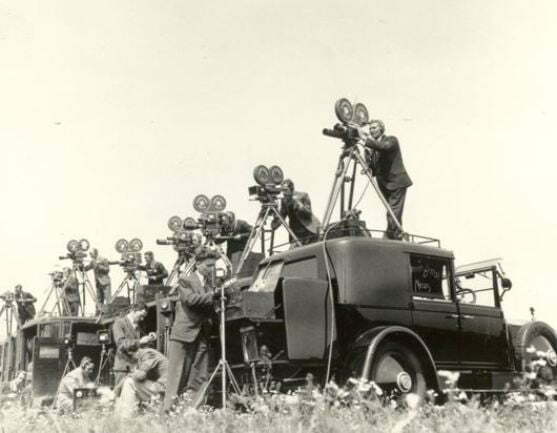 I managed this four-year project (1999-2003) from its second year onward, a project funded by the AHRB to add 80,000 newsreel commentary scripts, cameramen’s dope sheets, assignment sheets, shot lists and other original documentation to the existing British Universities Newsreel Database (now called News on Screen). The project also produced background histories on various aspects of the British newsreels, conducted oral history interviews with newsreel employees, collected archival documentation, and produced two publications: the memoirs of cameraman John Turner, Filming History (2001), and a collection of historical and commissioned articles on British newsreels, Yesterday’s News: The British Cinema Newsreel Reader (2002), both of which I edited.

My doctoral thesis was ‘Something More Than a Mere Picture Show’: Charles Urban and the Early Non-Fiction Film in Great Britain and America, 1897-1925 (University of London, 2003). Charles Urban was an American entrepreneur who came to Britain in 1897 and made his name as a producer of non-fiction films with the Warwick Trading Company, the Charles Urban Trading Company and Kineto Limited. Urban brought his salesmanship and showmanship gifts to bear on films of education, science, travel and documentary. He enjoyed his greatest triumphs with Kinemacolor, the world’s first ‘natural’ motion picture colour system. During the First World War he had a combative relationship with British propagandists, taking British official films for exhibition in America. After the war he made an ambitious but ultimately doomed attempt to break into the burgeoning educational film market. Much more information on Urban can be found on my website http://www.charlesurban.com.

A book based on my thesis was published by University of Exeter Press in 2013: Charles Urban: Pioneering the Non-Fiction Film in Britain and America, 1897-1925.