To the Almeida Theatre in London to see Mary Stuart. I’d not seen or read anything by Frederich Schiller before now (beyond those words for Beethoven’s 9th, of course), but on the strength of this gripping piece of theatre I am going to have to find out more. Schiller’s 1800 play tells of the final days of Mary, Queen of Scots, a Roman Catholic, imprisoned by her cousin Queen Elizabeth, a Protestant, and how her execution comes about through a combination of political expediency and force of personality. It is Shakespearean in style, being divided into five acts, and originally written in verse, but is more declamatory than Shakespeare, the action largely consisting of long speeches construed as argument as Schiller explores the complexities of what understanding what is right.

The production at the Almeida uses an adaption by its director Robert Icke which is shortened, in English prose, and filled with loaded terms that bring out resonances for today. The play is about people positioned within implacable camps trying to come to some sort of accommodation with the opposition, about leaders being at the mercy of popular opinion, about the repercussions of international struggles, about women of power in a male world. Assorted lines got laughs of recognition from the audience, so close were they to the news of today. But when I cross-checked with Schiller’s original (that is, a contemporary English version), time and again Icke’s words were close enough to his. So when Talbot, Earl of Shrewsbury, declares that “a majority does not mean that it represents the truth” (or words to that effect), Schiller’s translated words are “The proof of justice lies not in the voice / Of numbers”. Many – perhaps as many as 48% – have been thinking such thoughts, troubling as they may be.

I had not expected a 200-year-old German verse play to be so compelling. Of course the modernisation of the language helps, but equally that could have rendered the play a mere skeleton onto which to place our taste in analogies, but nothing comes across as false, nothing jars. Moreover there is solid playcraft underneath it all. The production adds some ingenious touches, including the signing of Mary’s death warrant projected on screens around the auditorium, and Elizabeth being dressed finally in facepaint and the stiff costume of her station to become the image not the person, while Mary simultaneously dresses for her execution. It has only one lapse, when Elizabeth and Mary meet and end up assaulting one another – ridiculous, and unnecessary.

The production’s great catch is its two star performers, Juliet Stevenson and Lia Williams, who alternate the roles of Mary and Elizabeth. They do so by the toss of a coin, which is made a part of the action. At the start of the play the performers all gather on stage, with the two women to the fore. Someone spins a coin in a bowl as one of the women calls out ‘heads’. We learn which way the coin has fallen when we see the cast all bow towards one of the women – Lia Williams on the night that I was there, so she ended up playing Elizabeth, and Stevenson was Stuart. On other nights the roles are reversed.

This is eye-catching stuff, but it is also central to the understanding of the play. The two women, though bitter enemies, are essentially the same and recognise this. They are both queens, imprisoned by their fate (Mary literally so), in thrall to their respective religions, faced with dilemmas only another queen could possibly understand. They dress alike and look alike. They are two sides of the same coin, but which side falls up is decided upon arbitrarily. Either could have been the other. Had the coin of history fallen differently, Elizabeth would have been the prisoner in Mary’s Catholic Britain, and all our beliefs, assumptions and histories would have been changed thereafter.

Neither side owns the truth; instead it owns beliefs that it holds onto as truths. The passions of nationality, religion and gender are bequeathed by the toss of a coin. None of those in the play can see freely outside of these arbitrary boundaries, though the two queens have some insight because the exigencies of power (or its loss) demand that they do so. But everyone is in a prison, of one form or another.

A night for making you think that theatre still has something to say.

One thought on “A toss of the coin” 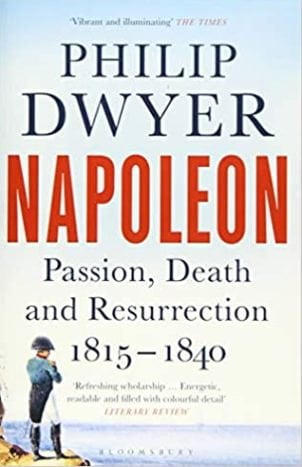