I was in Stratford, London, the other day and went for a nostalgic look at the Olympic Park. You’re not allowed into the Park, of course, and a perimeter fence ensures that you keep your distance, but if you got to the top of the John Lewis store at the Westfield shopping centre, they have created a viewing area from which you may survey the whole scene. Clearly there are others as nostalgic as myself for the heady days of London 2012, who sit on the benches provided and look out on times past.

The renamed Queen Elizabeth Olympic Park is due to reopen on 27 July 2013, with concerts, sporting events, festivals and more all promised, though some elements of the grand plan won’t be completed until 2014. Looking at the work-in-progress as we have it, the main stadium (currently shorn of exterior stairs) will become the ground for West Ham United in 2016; the Aquatics Centre has lost those rather ugly wings that greatly expanded its seating capacity, and can now be appreciated for its harmonious beauty (and will be open for anyone keen for a swim); the Orbit still stands and will become a permanent visitor attraction; the Basketball Arena has gone (housing will be built in its place); the Copper Box still stands, due for use as a community sports centre; the water polo and hockey arenas have been dismantled; the BMX track remains but with its seating removed; and the Velodrome still stands proudly as anything that looks so like a Pringle is able to stand. 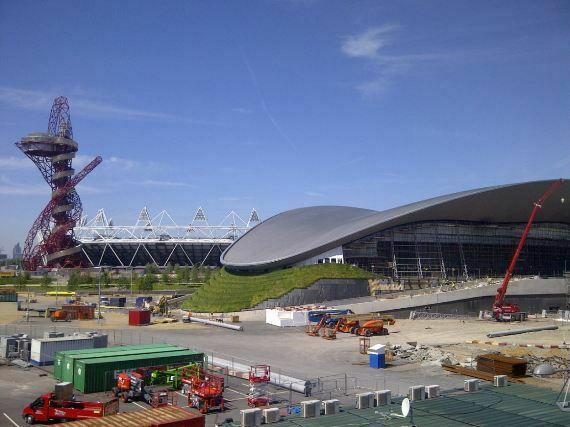 Meanwhile workmen and women busy themselves, moving objects hither and thither to the dictates of that grand plan. A temporary showjumping stadium has been built near to the Aquatics Centre. It doesn’t look like everything is going to fall into place less than two months from now, but of course it will, and I’ll be joining the throngs of people milling through the place once more. Will we be there to remember what once was, or to witness what it has changed into? And what was I looking for, as I took my seat in the viewing area?

I miss the Olympic Games, like a lost childhood. Everything just came together so perfectly. The pettiness of everyday concerns was completely overcome. It was two weeks of euphoria. Viewed coldly, it was just a public holiday with some sporting contests that few would think to follow in the normal course of events, put together at colossal expense for unclear economic value and dubious political advantage, all at the behest of a bizarre international institution with a far too elevated sense of itself. But none of that mattered – we were lifted above it all. That was what was so beautiful about it.

So I stared at the venues and tried to work out what it was that lay behind my doing so. I’m not especially nostalgic about things – the past is something from which the future is there to enable us to escape. But here it really hit me. I want to go back, and I can’t. I want to replay those times, and the memories are insufficient; the souvenirs, the articles, the webpages, the photos and the videos have become otherworldly, representative of themselves, not windows to recovering what went before. What remains is not what was. This is the sad fact behind archives, which is that fundamentally they say nothing true about the times that created them for those who were there, because they are not the life itself but its shadows. Yet for someone in the future those shadows can offer such a sense of the light that created them, if they have the imagination to appreciate it. The future may envy the experience of those who lived through past times, but the benefit is really with them. Those who were there have lost it all, and it will never return. 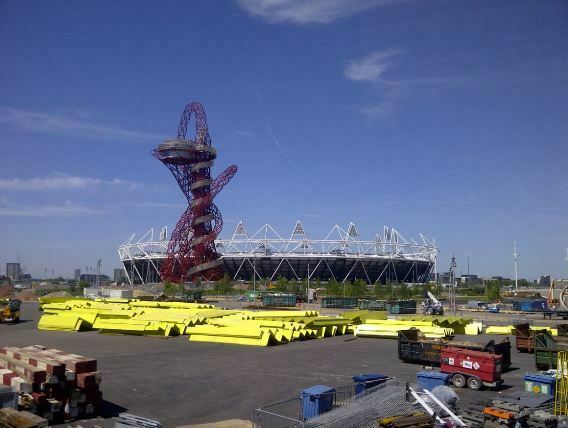