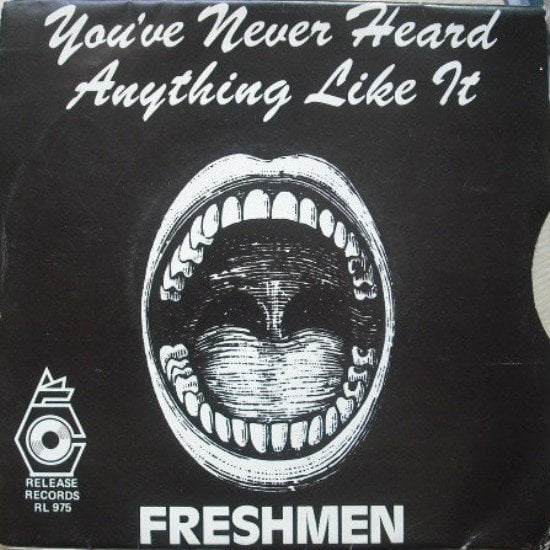 First up The Freshmen. They came from Ireland, and were as far away from the genuine New Wave as you might imagine. They were formed back in 1962, and were a showband, specialising in covers which they played up and down the land in ballrooms and the like. They had assorted hits in Ireland, and were commemorated on a set of Irish stamps in 2000. As their final record in 1979, they released ‘You’ve never heard anything like it’, a sing-a-long parody of punk rock. Cringe-making? Anything but. The magnificence of the rousing chorus raises the song above its mocking intentions into something approaching greatness, not unlike Plastic Bertrand’s similarly-intentioned ‘Ça plane pour moi’. Probably it would have been squirm-inducing to watch, but with the music alone – and a striking sleeve – it is joyous.