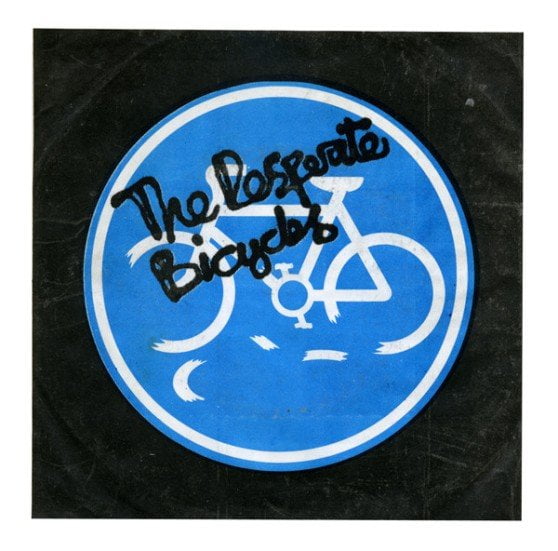 I rather enjoyed putting together a post a few weeks ago on obscure new wave records of the 1979-80 period which can be found on YouTube and probably nowhere else, so here’s a follow-up. We’re back in that marvellous period ushered in by the punk revolution of 1976-77, when all of the rules that supposedly governed the popular music business were shown to be sham. You didn’t have to be rich, musically gifted, from London, glamorous, or in hock to a major record company. You didn’t have to sell your soul. So much of the music of the 1970s had become soulless, mechanical, cynical, cheesy, and frequently ludicrous. Punk and then the new wave wiped away it all.

I took a while to to catch on the wonderful music that was coming out of garages rather than faraway studios. I was a bit of a music snob, cherishing quirky jazz-influenced bands like Soft Machine, Hatfield and the North and Caravan. I disliked the sound of punk, but I did at least admire the principles. It was a moral revolution. You didn’t do cover versions, you were nice to support bands, you didn’t mime to records on TV, you believed in social justice, you sang about life on the streets not the life of a rock star. I respected the thoughtful advocacy of the movement from people like Mark P. I admired the principled stand of a band called The Desperate Bicycles, who made their records for small change, called out for a music where the band owned the means of production, and encouraged anyone to do the same with their rallying cry – “It was easy, it was cheap – go and do it!”

Gradually (through John Peel) I started listening to the music, and slowly it dawned on me that the revolution was a beautiful thing. It was a revolution where experimentation was everywhere, and that became a big part of the appeal to me. You didn’t have to know finger-twisting chords or irregular time signatures – you just had to think freely. This selection of obscurities from that period focusses mostly on some of the great musical innovation of the period, but again records largely forgotten by music history. So song number one is the Desperate Bicycles’ ‘The medium was tedium’ (the single sleeve shown above is for another record), which was not only an expression of principles but (I now realise) really musically inventive as well.

Mark Perry – Whole World’s Down on Me

Here is that other prophet of DIY music, Mark Perry aka Mark P. Perry was the publisher of Sniffin’ Glue, the punk fanzine that helped define what was best about the whole movement. He soon became disillusioned by what punk turned into, and formed his own band, Alternative TV. This charming single from 1980 is a solo effort, a cover of a Ken Boothe reggae number. It’s as rudimentary a production as you will ever hear, and holding a tune was not among Perry’s more obvious gifts, but nothing sums up those times better than this simple, heartfelt and sincere record.

Epic Soundtracks was memorable stage name of Kevin Paul Godfrey, founder member of the terrific Swell Maps. That band made such raw and exhilarating singles as ‘Dresden Style’ and ‘Let’s build a Car’ and has a strong cult following, but Epic’s solo work is not so familiar. This early single from 1981 in arrangement, melody and lyric is almost quite unlike anything else you may have heard. The subject is unwanted children; the tone is bleak; the guest singer is Robert Wyatt (so a reassuring link for me from my Soft Machine days). It wasn’t a hit. Sadly Godfrey died too young in 1997.

Sudden Sway hailed from Peterborough and were a damn sight too clever for their own good. Their 1983 appearance on John Peel dumbfounded all who were listening. We simply had heard nothing like before – nor would again. More of a surreal audio comedy piece than a song, ‘Let’s Evolve’ is a mock educational lesson in evolution, taking us from amoebas in the pre-Cambrian oceans to making our first lizard-y steps on the shore. It was never released as a single, being issued on record as part of a Peel session EP in 1986. So, take a look at your body and say, it’s good, but it’s getting better…

It has been fun digging out these records from YouTube, but a better option is to go to a site like Bandcamp. Here’s a site expressing the true spirit of the new wave, where musicians can bypass the labels and sell directly to fans. Amid the myriad of musicians from today (none of whom mean anything to me, alas alas) a number from my far-off period of interest have made their records newly available in this way, which you can purchase and/or embed, as I’m doing now. So here’s Switzerland’s finest, the all-female (most of the time) Liliput. Originally known as Kleenex, they were forced to change their name owing to the objections of the tissue company. They released a succession of raw, chirpy, catchy songs that both sound like pop and deconstructed pop at the same time. ‘Die Martosen’ dates from 1980 and brings to the enthusastic mix out-of-tune saxophone and great whistling. There’s isn’t enough whistling in popular song these days.

Then you turn over the record and find the magnificently rowdy ‘Split’. Lord knows what they are singing about (the word ‘hopscotch’ seems to loom largely) but it’s a joyous racket with a rhythm that could make the dead dance. A nursery rhyme for the hyperactive child in your family.

Here’s one of those songs that became a legend – albeit a minor legend – on the strength of its title alone. ‘Sheepdog trial inna Babylon’ by Bristol’s Shoes for Industry brings dub reggae to that bastion of English traditionalism, the BBC programme One Man and his Dog. It could be a serious inversion of reactionary values, or it could just be silly. It was the B-side of their 1980 single ‘Spend’, but that I’ve forgotten, while this will earn them their reward in heaven. Great band name, great song title, even a great name for the record company (Fried Egg Records).

And the Native Hipsters – Larry’s Coming Back

And the Native Hipsters (that was their full name) made their indelible mark on radio history with their 1980 single ‘There’s Goes Concorde Again’, which (if memory is not playing tricks with me) had people phoning up stations begging them to stop playing the record because it was so annoying. It was not much more than singer Nanette Greenblatt intoning in a world-weary voice about the ‘fat women’ who walked up and down the hill periodically looking up at the sky and saying ‘Oh look, there goes Concorde again … oh look, there goes Concorde again … oh look, there goes Concorde again’ and so on, and on and on and on. That record deservedly has some fame, but they were an inventive group (duo really, William Wilding being the other member) who married curious melodies to off-the-wall accompaniments that sounded to be on the verge of collapse. ‘Larry’s Coming Back’ has always been a favourite, for the sweetness amid the oddity, including echoes of one-time children’s radio favourite Larry the Lamb.

The Homosexuals – Kiss with Venom

The Homosexuals did not make life easy for themselves. When they changed their name from The Rejects – for purely confrontational reasons – the drummer left in protest. They looked like a standard issue guitar, drums, bass band, but in practice they followed no path but their own, showing remarkable melodic, structural invention and an acrid sensibility in records seldom more than two minutes long. ‘Kiss with Venom’ is the song of theirs that has stayed in my head the most down the years. It dates from 1984.

Girls at our Best! – Warm Girls

Girls at our Best! were a quartet, and only one of them was a girl, which always felt like a bit of a cheat when you heard ‘Warm Girls’, their first record. They are probably much better-known than the other bands listed here, almost making it big after three or four glorious pop singles followed by an album that was a bit too glossily produced. They were the epitome of a band of tremendous vitality and invention when they released singles who faltered at the looming oppressiveness of an actual pop career. This, their first record, released by Rough Trade in 1980, is as imaginative as it is incendiary. Marvel to the musical variety or thrill to the scathing feminist irony (“and I love little children, love little children”). If there is to be just the one record from the new wave era on my desert island, this will be it.