Shortly after hearing the sad news that Neil Innes had died (on 29 December 2019), I sought out some of his music. The first tune that came up was the theme to The Innes Books of Records, his BBC Two television series that ran 1979-1982. A simple, ghostly figure on a jangly piano sets up a sense of unease that is immediately undercut by the piano music moving to something closer to a barrel-organ tune. It has become a dance piece, wistful in tone, the kind one might find played in an abandoned seaside Kardomah café, with a solitary couple still following the dance steps they have shared for years. Such would be the quintessential Innes Book of Records scenario – music that demands a story, though the story goes nowhere.

It is a singularly evocative and yet at the same time inconsequential piece of music, and that rather sums up his art. None of it was of any consequence, yet you never wanted to forget it.

Theme with opening sequence, The Innes Book of Records

Innes originally wanted to call the television series Parodies Lost. Mercifully the idea was rejected, but it as a phrase it is singularly suggestive. It was a series in which vignettes were played out to musical pastiches with the overall effect of something lost, even while that something was often still here for us to witness. Paradise passing, perhaps.

The Innes Book of Records was conceived as a follow-on to Rutland Weekend Television, a mid-70s comedy series fronted by Eric Idle, in which the musical interludes provided by Innes – most famously the Beatles spoof, the Rutles – were frequently the highlight of the programmes. Innes had gained some fame in the 1960s as a member of the Bonzo Dog Doo Dah band, the surrealist rock outfit, providing the McCartney-like musical discipline and pop sensibility to Viv Stanshall’s Lennon-like sense of anarchy mixed with linguistic genius. On their own, Innes’s tunes were always engaging, frequently yearning in tone (‘Quiet Talks and Summer Walks’, ‘Beautiful Zelda, ‘I Want to be With You’), sounding much like the songs of someone else more famous that you couldn’t quite place. They needed a home of their own. This The Innes Book of Records provided.

‘One Thing On Your Mind’, The Innes Book of Records, tx. 5 October, 1981, via NeilinnesOrg YouTube channel

It’s hard to imagine any TV channel today commissioning a six-part series of unknown songs by a little-known artist, each filmed to illustrate a story (frequently on location), with eccentric fillers in between the songs. Those were braver times. The series struck an immediate chord with audiences, leading to the commissioning of two further series. There was something about it to spoke to many. There was something in its English oddity, in its focus on landmarks and local customs, in the warmth it showed towards the ordinary folk who found themselves a part of this entertainment but felt that they fitted in (see, for example, the middle-England, middle-aged couples gently swirling on the dancefloor to ‘One Thing On Your Mind’, when all the women burst into song with the lines “You men are all alike, you’ve got just one thing on your mind”). It was, as Innes had wanted it to be, “a gentle journey through time with songs and pictures about people and things”, but in doing so it tapped into some sort of collective dream.

One reason for its success, as a work of art, was the televisual nature of the exercise. Innes said, when idea of the series was first being debated, that he wanted something akin to the interludes that were shown on the BBC in the 1950s and 60s wherever there was a gap in the schedule. A five-minute piece of horses pulling a plough, or a potter’s wheel, would fill in the gap, without purpose yet mesmeric at the same time. It wasn’t that The Innes Book of Records was like a filler but that it understood television as a state of mind. Television may appear to be about the programmes but really it’s about the things in between. It’s the flow of the medium, a term proposed by cultural theorist Raymond Williams being “the defining characteristic of broadcasting, simultaneously as a technology and as a cultural form”. It’s how the viewer slides from one experience to then next, whether fixed to one station or channel-hopping, picking up on these random elements, connected only by time and coincidence. They mimic the mind and so make the experience of viewing television compelling. The Innes book of Records was profoundly televisual, a whole world or channel to itself, inviting the viewer to join up the elements, to see sense in inconsequence.

A favourite episode of mine, from series three (tx. 2 November 1981), illustrates the method very well. Filmed in Cornwall, it begins with the title sequence. A woman looks out of a castle window (St. Michael’s Mount) while a bowler-hatted Innes plays the theme tune on a piano. Looking thoughtful, she puts together the pieces of a jigsaw puzzle that form the title of the programme. We cut to Vivian Stanshall, on his London houseboat, reciting a poem. Cut to Innes, playing one of his regular characters, the disappointed ordinary man Nobby, seated with his wife on the steps of the Minack Theatre at Porthcurno, famous for being carved out of the rock, with spectacular views over the sea. They sit in silence, glumly eating a picnic. Below, on stage, Innes appears as another regular series character, the smarmy tail-coated singer Nick Cabaret, singing the catchy ‘Rock of Ages’, while a mermaid pets Nobby. The choice is not accidental – we are in a theatre carved out of the rock, and the theme of the elemental weaves it way through the whole programme.

Cabaret’s song finishes, at which point an animated flying saucer appears. Hovering over the stage, it reveals a mechanical arm which sets up a screen with a picture on the Earth. The screen then shows us an animated film (by Bill Mather) accompanying Innes’ haunting account of human evolution, ‘Them’. We turn back to a brief appearance once more from Viv Stanshall, head draped in seaweed, before Innes returns, singing ‘The Humanoid Boogie’, an old Bonzos favourite. He sings it in a ripe Scottish accent, with a bolt through his neck, standing over crossed swordfishes, with background yelps from a trio of Magritte-inspired tailor’s dummies. There’s also an accordion solo from a nearby corpse. This all takes place in a cave by the shore. Children dressed as cavemen approach. They club and stone the singer. It’s that sort of a video.

And so it goes on. Some individual parts of the programme can be found on YouTube, in wildly varying image quality, but much of it is missing and memory can fill only a few of the gaps. The episode record on the now defunct neilinnes.org site tells me that there followed a Dixieland version of ‘Momma Bee’, sung by Innes but mouthed by a young boy, the mermaid appeared once again on the rocks before we cut back to Stanshall, then guest musician Michael Banks (“with a kazoo and light-up water-squirting jellies”), more Stanshall playing around with fake eyes, then a closing song from Innes dressed as a monk, ‘Feel No Shame’. I vividly remember the final shot, another Magritte-inspired image (also a reminder of the mermaid), of a fish with a woman’s legs lying on the seashore.

‘How Sweet to be an Idiot’, Neil Innes’s signature song, from the first episode of The Innes Book of Records, tx. 17 January 1979 (the terrible image quality of this copy can’t quite hide the great visual invention)

The collective effect is of a theme without a story, a surrealist-inspired association of ideas that demands our hearts draw together these strange, seemingly random elements into something that tells a story – a tale that we cannot put words to, but instinctively understand. The method is very like the Bonzo Dog Band’s rather over-looked Keynsham, a concept album without a concept, which might have been telling a story about a band on tour, only the tour was in the undistinguished town of Keynsham, only perhaps it was a metaphor for a psychiatric hospital, but none of this is clear and perhaps it’s all just a way of linking together peculiar but beguiling songs. The story goes nowhere.

Given the demands of coming up with ninety-two pieces of music over three series, it’s not surprising that The Innes Book of Records is uneven. The songs are variable, the more so when they aim for the merely satirical. Parodies of what were then current trends look dated, while paradoxically it is those songs which trade on a wistful view on times and style past that feel timeless. But it is wrong just to think of them as songs. Each piece only has meaning through its visuals, which are regularly worked out in ingenious and thematically astute ways. Innes stated that it was about “trying to compose pictures with sound, taking both elements and making them work together”. They are neither songs to which visuals have then been added (so though the series is often cited as a precursor of the pop video, it was never about simply illustrating songs), nor visual conceits to which a song was written to fit. The composer both saw and heard what he wanted, and an ingenious production team, working with what must have been meagre budgets, did their best to make these musical dreamworlds a reality.

‘Just Another Story’, The Innes Book of Records, tx. 30 June 1980. One of the finest songs of the series, with poignant visuals

The extra effort that went into the production is what makes the series so rich. One seldom gets a sense of corners having been cut (Innes was an habitual re-user of his material, recycling ideas from Bonzo era through to Rutland Weekend Television, but he just couldn’t let a good idea die). The locations, the costumes, the film techniques, the modest but telling special effects each time seem to be exactly what was wanted. The musical arrangements are inventive and apposite, where they could have been merely generic, helped by an inspired musical director (John Altman) and some top-notch musicians, among them Morgan Fisher, Ollie Hassall, Henry Lowther and Digby Fairweather.

And then there were the guests. John Betjeman graced the first episode; others who followed included John Cooper Clarke (reciting a bowdlerised version of ‘Evidently Chickentown’), Ralph Steadman, Roy Plomley, ballet dancer Lynne Hockney (in the delightful number that would make an art-lover of anyone, ‘Cezanne, Says Anne’), Rowan Atkinson, Stanley Unwin, Ivor Cutler, Michael Palin, Zena Skinner (the 1960s TV cook has a fine cameo at the end of the Tarzan-themed ‘Ungawa’, giving advice on how to cook a casserole in the jungle), Fritz Spiegl & The Spieglers, the Alligator Jug Thumpers, Bill Weston & His Majorettes, and the Women’s League of Health and Beauty (Bath branch). Plus Viv Stanshall, of course.

The Innes Book of Records lives on only in fragments. Some of the songs and linking sections can be found on YouTube, of varied image quality. The complete programmes have been repeated on the TV channel UK Gold, apparently with some songs cut and episode shown out of sequence. The two albums of music that the series generated are no longer commercially available. It is a sad example of how careless we are with our television heritage, how narrow in our view of what should be preserved, made available and allowed to live again. The shame is all the greater because The Innes Book of Records was an original work of art, profoundly analogous with the medium that allowed it life, television. Parodies lost, indeed.

Thank you anyway to Neil Innes. He has left behind only delight. 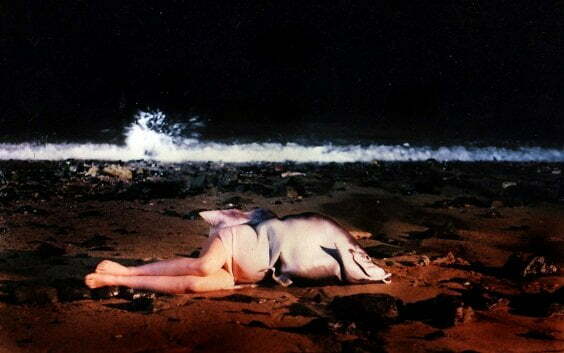