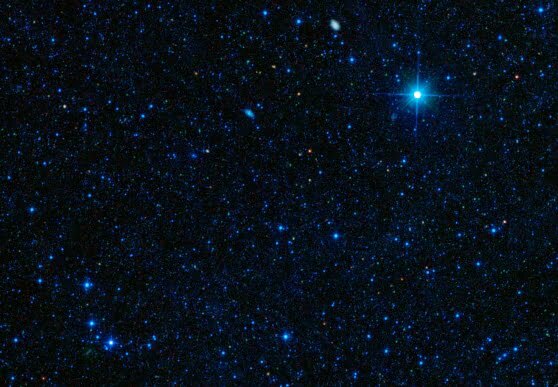 Space … is big. Really big. You just won’t believe how vastly, hugely, mindbogglingly big it is. I mean, you may think it’s a long way down the road to the chemist, but that’s just peanuts to space. Listen…

Douglas Adams, The Hitchhiker’s Guide to the Galaxy

Amid all the reports of tumultuous things that we have had recently, one quiet item published on Quartz the other week stood out for me. Gideon Lichfield writes about a paper at Astrobiology, entitled ‘A New Empirical Constraint on the Prevalence of Technological Species in the Universe‘. Its subject is “the cosmic frequency of technological species”.

The paper argues that in recent years scientists have gained a much clearer understanding of how the universe as a whole supports life, and hospitably so. The paper’s authors reckon that in the Milky Way galaxy alone there are some 60 billion planets likely to hold water, which is generally assumed to be essentially to life wherever it might be. A pessimistic assumption might be that only one in 10 billion such planets could hold, or could have held, lifeforms which reached an advanced state of technology – if one assumes that Earth is one such example. So that is six planets with Earth-like civilisations in one galaxy. There are an estimated 70,000,000,000 galaxies out there. So that’s 420,000,000,000 intelligent civilisations.

So far so mind-bending. But then Lichfield gets to work on the figures. He wants to know how many of those civilisations exist right now. The universe is 13.77 billion years old, and advanced species did not start appearing in our corner of it until two billion years ago. Civilisations will have risen and fallen in that time, some being stupid enough to destroy themselves. Lichfield works on the calculation that the average mammalian species lasts for one million years. Averaging all this out means that at any one time there may have been 210 million intelligent civilisations out there, including now.

So where are they? Well, given that the observable universe is an estimated 93 billion light years in diameter, that means that each civilisation is 125 million light years apart from the next, assuming an even spread. So, in all probability, we’re never going to meet up.

For some odd reason, I find this rather reassuring. The idea of an incomprehensibly vast universe with just us in it is absurd, though that’s the only definite information we have to go on so far. But the high probability, on even a pessimistic set of figures, that there are 210 million civilisations out there, each of which is only able to observe its uniqueness, makes the universe that much more comprehensible.

It is a pattern among intelligent lifeforms that they divide themselves up into clusters, each persuaded of its uniqueness, because that is the starting point of what it is able to observe. We have holy lands, religions specific only to a people or place, political systems created around an assured sense of superiority of race, values or certainty of boundaries. Then we fight against those whose existence disturbs this understanding.

Out there beings follow a billion gods. There are a trillion ever-shifting borders encompassing peoples against whom we will never compete in international football matches. But the fact that we will never meet does not render all these certainties and passions ridiculous. Instead it makes them all the more understandable. The observable universe and the understood universe are two different things. The latter is the one we really live in, the one that has not essentially changed since people believed that the Earth was at the centre of a series of concentric crystal spheres.

It’s because observation begins with an observer, for whom walking to the chemist’s (as Douglas Adams understood) is always going to be a big deal. Were we kings of infinite space, able to see all points across the continuum, then we might be overwhelmed by the absurdity of our condition. But, being bounded in a nutshell, we are protected. Some can see a little further and may or may not keep sane in the face of such knowledge (“except that I have bad dreams”, to complete the quote from Hamlet). Yet most of us hang on to beliefs in our uniqueness, because that is what we see. Being finite, we create limitations to understand ourselves – we, and those 209,999,999 other civilisations out there, each as unavoidably stupid as the next.