I have been going round and round in circles. With all of the interesting and historical and often beautiful sites on offer, near to home or within a reasonable walking distance, increasingly I have found myself drawn to one small corner of Rochester. The Riverside development is a major regeneration programme, converting a large area of derelict dockyard area into 1,400 homes with all attendant facilities.

It’s all part of the grand plan for redeveloping the Thames Gateway area, first set out formally in 2004 but a long time in coming because of a need to level and cleanse lands which were steeped in contaminants from decades of industrial activity, then by the economic downturn of 2008.

For years we locals had this large expanse of emptiness by the river along which to stroll. It was devoid of any features beyond a single crane left from the dockyard era, but it was peaceful – a place that a busy world had forgot. There were artists’ impressions dotted about on boards to tell us what the place would look like, but it was hard to think this is strange new world would ever be built, with its homes, roads, shops, school, hotel and perfect people. 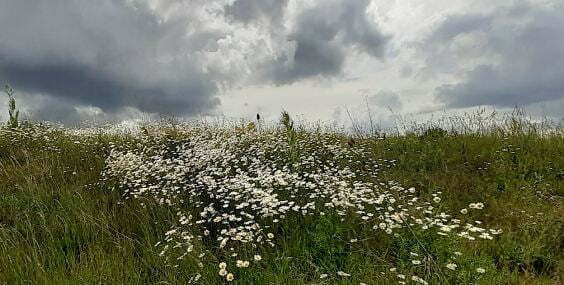 Now a good part of it has been built. The homes are standing, the cars are parked, the people have moved in. Those open spaces have all gone, bar one corner awaiting its turn. Here is where I go round in circles. It is a sizeable patch of wasteland, raised and levelled to reduce the possibility of flooding, and now covered with scrub-land. The land is grey-brown hard after three months with little rain, but wild flowers have struggled through, somehow abundantly.

To the north, at the river’s edge, the battered remains of a wharf blend stone, grass, flora, industrial wreckage and graffiti in a form that I find singularly attractive. To the west (once you have clambered through a hole a fence that shouldn’t have a hole), there is a hidden area of bushes, scrub and abandoned junk, occasionally occupied by the homeless. Dandelions grow crazily high, with abandon.

I’m not entirely sure why I find this wasteland so appealing. A few others visit it, the circuit providing a good 30 minutes’ walk, with views over the river and that sense of peace. But it’s also beautiful. It has both individual spots of beauty- a clump of flowers, an arrangement of stones, accidental harmonies of nature and what humans have thrown away – and beauty in the area as a whole.

It is like some giant art installation. It’s as though there has been a coat of thick oil paint spread over a canvas, which has been scraped away, then overlaid at random with scattered detritus. It’s Nature’s last effort, with the barest of materials, before ordered civilisation buries it all. 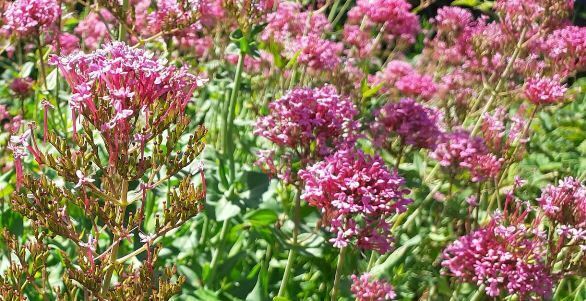 At any rate, whatever it is, I’ve been photographing it. Just opportunistic snaps with my phone, when something caught my eye, and the light was right. I’ve produced a Flickr album of the images. Some of the photographs are reproduced here. An archive without significance. But there’s something haunting about it. I’ll keep walking, and thinking, and snapping, until I work out what it is.

Maybe it’s the poetry of what we neglect, of all we leave behind.