There was an interesting moment in the heat of the Olympic Games coverage on the BBC when the presenter Clare Balding told us to look to at some sport in progress – I think it was the golf – saying “let’s see what he does next”, or words to that effect, as some crucial putt was made. However, having just switched over channels, I’d seen that self-same clip five minutes ago. On one channel it had been live; on the other it was being presented as live when it no longer was. Had I not switched channels, would I ever have known, or been bothered about it?

The liveness of the broadcast Games has become a hot issue. The Times had an excellent piece a few days back which documented a night’s channel-hopping of the Games, showing how much was live and how much delayed (the liveness often being calculated with reference to reports on social media). In the USA, the broadcast rights-holder NBC has come in for a great deal of criticism for showing the Olympic events on a delay, to coincide with optimum scheduling times, forcing those who want to know that what they are seeing is definitely live to seek out web streams.

The simulation of liveness for sports broadcasting is a complex business. Golf, in particular, is seldom wholly live. Programme editors cut to and fro between players playing shots at just the right time, giving the sense of a continuous stream of successive actions, which suits the television viewer but is not an accurate reflection of the muddled reality. It is a liveness of the imagination, conjured up on the fly in the mixing suite.

But what the NBC case shows, along with instances of people complaining about the combination of live and repeat in the BBC’s juggling of multiple sports across assorted channels, is the audience’s belief and trust in the live nature of television. Live television means two different things. Actual live television, in which we see what is happening at the moment that it happens, is a rarity. Once it was the mainstay of television; now it is confined largely to news and sports (and so much of 24-hour news is repeated content, either filler documentaries or repeated interviews and the like). An event such as the Olympics stands out because it brings so much unaccustomed liveness to our screens (unless you are in the USA, of course).

But live television also means an anticipation of liveness, of all broadcast content being live in effect, because television works through audience expectation of something fresh continually replacing what we are witnessing at any one point. This is what Raymond Williams called ‘flow’ – the collection of disparate broadcast elements that just keep on coming, one after the other. It is what television immerses ourselves in, and which is the secret of television’s success, namely that it is so like the experience of life. Not just in what we see but in how we experience what we see, with always something new to look forward to (which must always be something predictable).

This is not just an aspect of television; it is television. Television is defined by the illusion of being live, in every sense. As we all know, this is being chipped away at by the encroachment of catch-up TV and video streaming services such as Netflix or Amazon. Video on demand is a different proposition to the endless flow of traditional TV. What had been a passing stream has turned into a lake.

There are other differences between tradition TV and video on demand, such as the breakdown of modes of domestic consumption, but it is the change in the sense of liveness that is changing television into something else. My Smart TV is a hybrid invention: it offers me both television and post-television. I can watch TV as it is broadcast, or I catch up on whatever I want to catch up on, whether I let the BBC’s editors do this for me, or by selecting programmes or streams for myself.

Despite all the choice, I still thirst for what is live. I still value above all other small screen experiences the privilege of being there, as it happens. An on-demand world is one that has become out of touch. 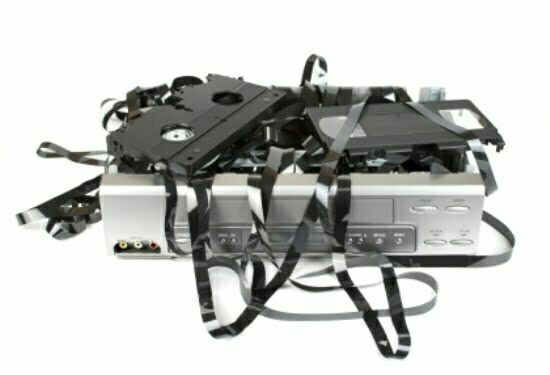 The news last month that the last VCR player had been produced generated a number of interesting obituaries for the medium. Most picked up on the crucial aspect of time-shifting, that power of intervention which video recording gave to the user, and which first started to interrupt the flow. Yet time shifting and on demand are not quite the same thing. Time shifting gives us control over that which is live. On demand does the shifting for us.

Of course this is all liberating, freeing the user from the dictates of the programmers, and overwhelming us with choice. But the diminution of liveness may have a cultural impact which needs exploring (as I’m sure someone somewhere is already doing). Television, so often criticised for being a medium that lulled us into a state of apathy, may have been quite the opposite. We can watch television apathetically, but that is not the same thing as what it offers of itself. It offers us the immediacy of the moment, a moment that we share with all others watching at the same time. On demand separates us; television unites us.

Television has obvious social benefits for the lonely or the elderly, while being a means of instruction for the young, but we all gain from its mirroring of the idea of life. That’s why news and sport are so important, because they are what is keeping television as television. Take them away, and we may be left in some strange limbo, the repercussions of which we do not know as yet. Social media, it can be argued, are filling the gap, connecting us to one another and to the moment in ways that go far beyond television’s simple one-to-many model. But social media demand that you join in; television asks only that you switch on. It is the kinder medium.

There is such excitement in seeing a live sports event. I can follow Laura Trott’s progress in the Omnium on Twitter and have instant information through a multiplicity of connections. Seeing it, however, makes me really there. One is reporting, the other is witnessing. It is possible to follow live video streams, of course – that’s what those disappointed by NBC are being encouraged to do. However, that is not something new – that is television continued by other means. Whether it strengthens television by combining video with other social media streams, or whether it dissipates its better nature, only time will tell.