Rolling Thunder Revue: A Bob Dylan Story by Martin Scorsese, newly released theatrically and on Netflix, opens with a film by Georges Méliès. Escamotage d’une dame chez Robert-Houdin (1896), known in English as The Vanishing Lady, features Méliès in his familiar role as a magician, placing a woman (Jehanne d’Alcy) under a cloth and, through an all too obvious camera cut, makes her disappear then reappear. It’s not what you would expect as the opening to a documentary about a Bob Dylan concert tour, but its playfulness sets things up for all that is to follow. This is a film by the director of Hugo (in which Méliès features prominently as a character), about deception (which may or may not be obvious), about playing with film. Like Méliès’s early effort, however, you have to ask – is the trickery good enough?

For it is a peculiar film. Ostensibly it is a documentary about the Rolling Thunder Revue, a carnivalesque tour held over 1975-76, headed by Dylan, with assorted musicians, friends and hangers-on visiting mostly small venues in some of the less frequented corner of the USA and Canada. During the tour, Dylan had a film made, Renaldo and Clara, in which he and his entourage starred, after a fashion, in a mixture of personal drama and concert film, supposedly with a script by Sam Shepard (who would later confess that there never was a script). It is footage from this film, including outtakes, that Scorsese has fashioned the greater part of his ‘Bob Dylan story’.

The concert footage is fabulous stuff. Dylan was at the top of his game in 1975, and the intensity leaps off the screen. It’s what remains that is odd. Scorsese has interviews with some of those still with us, including Dylan himself, Joan Baez, Ronee Blakely and Ramblin’ Jack Eliott, and some recently departed (Shepard). But he also has fictional interviewees. Prominent among these are Jim Gianopulos, posing as the promoter who put on the tour but in actual fact the CEO of Paramount Pictures; Stefan Van Dorp (played by Martin von Haselberg) as the embittered filmmaker (in reality Dylan himself was the director, working with Howard Alk and Mel Howard); and Michael Murphy as Republican politician Jack Tanner, a character he played in Robert Altman’s Tanner ’88. Sharon Stone turns up remembering how she saw the Revue but embellishing this small truth with the definitely untrue tale of her meeting a flirtatious Dylan and joining the tour.

Once you are in on the joke, some of this is quite funny. Stone is pictured wearing a Kiss T-Shirt, which we are told Dylan noticed, ending up going to a Kiss concert, where the band’s use of face paints may have inspired his own use of such paint for his concerts. But why? Because such fabrications are mixed in with genuine interviews – including a cautious Joan Baez and an eloquent Reuben ‘Hurricane’ Boxer (subject of Dylan’s song ‘Hurricane’) – it is difficult to work out how to treat them. If you are going to mislead, do it properly. The fabrications do not offer insight, only jokes. Who needs them?

Of course, Scorsese has not only re-mixed Renaldo and Clara but has created his own version of what that peculiar film tried to do. Renaldo and Clara doesn’t get shown too often. Back in 1978, when it was released, I saw it twice, and I loved it. Yes, it was a four-hour ramshackle, self-indulgent mess made by someone (Dylan) without a clue how to make a film, but it was a beautiful mess. Some idea of its chaos may be gained from knowing that Dylan plays Renaldo and his wife Sara plays Clara, but rhythm’n’blues musician Ronnie Hawkins plays Bob Dylan and country singer Ronee Blakley plays Mrs Dylan. Dialogue, fitted in between concert performances, is mostly improvised, with some moments of exquisite embarrassment, as when Dylan (supposedly Renaldo, but not really) and his one-time lover Baez (playing the Woman in White) ask each other why they did not get married, a scene featured in Rolling Thunder Revue. Mixed in with this thin-veiled fiction are scenes with assorted folk appearing as themselves (Allen Ginsberg, Joni Mitchell, Roger McGuinn), some in scripted roles (Harry Dean Stanton, Helena Kallianiotes), and folksinger David Blue stealing the film with some hilarious cod-philosophising while playing pinball. Plus a lot of great music, of course.

Dylan had a vague idea of making a film in an European art movie style, encouraging Shepard to think of Truffaut’s Tirez sur le pianiste. In the end the film they turned to for inspiration was Les Enfants du Paradis, Marcel Carné’s romantic epic of a theatrical troupe in wartime Paris. Jean-Louis Barrault’s whiteface character is certainly a rather more plausible influence on Dylan’s look than Gene Simmons. The use of masks became a trope of both concerts and film – Dylan projects an idea of Dylan, at one point wearing a see-through plastic mask, while in another scene Joan Baez dons the fedora and white paint to turn her into another side of Bob Dylan. The dramatic appeal of the film therefore turned on the mystery that was Bob Dylan, the face behind the masks. It was a vain concept, that offered little to those who might have been interested in the answer, and nothing to the majority who really didn’t care. As Howard Sounes records in Down the Highway: The Life of Bob Dylan, the film was a flop on release, swiftly withdrawn from the cinemas, a harsh punishment for Dylan who had put $1.25m of his own money into the project.

Though there are gems amid the chaos, Renaldo and Clara is not a film that anyone should want to imitate. But the only cameras on the tour were those making the film, so that is what Scorsese had to work with. Of course, he could simply have made a concert film, but he seems both to have wanted to acknowledge the context of the original film, and somehow to resolve its problems. Despite its apparent free use of Renaldo and Clara, Scorsese’s film is interesting for what it leaves out. Most notably there is no Sara Dylan (they divorced in 1977). The genuine actors Harry Dean Stanton and Helena Kallianiotes are absent. David Blue I spotted in a corridor in one shot only. Scorsese’s film has its own story to tell.

Dylan is entirely complicit in Scorsese’s plans. Witty, elliptic and insightful as only he can be (his thoughts on the power of poetry are worthy of some study), he says at the start of the film that he has few memories of the tour, declaring “It was so long ago I wasn’t even born”. But he turns out to remember a great deal, though not all of it is true. So it is that he goes along with Scorsese’s games, telling us that he remembers Stefan Van Dorp filming, meeting Sharon Stone, going to see Kiss, and so on. 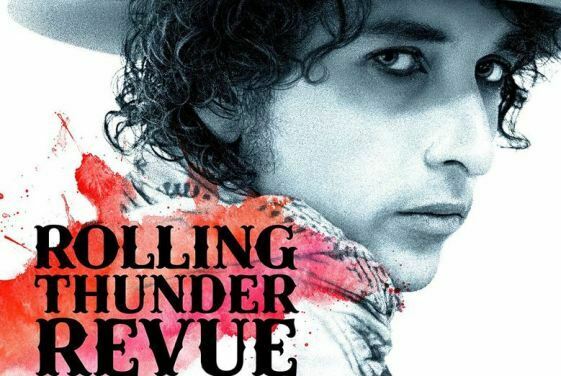 Of course, Dylan has been playing these sort of games right from the start. In early interviews the young Dylan recalled meetings with blues musicians he had never known, told us all that he had run away from home (in reality he visited his parents regularly), creating the myth of the rootless troubadour not with any intention that anyone would believe but so that he could muddy up reality. Partly it was a way of hiding, but equally it was mocking the very idea of asking questions about the person which bore no relevance to the art. Again and again in Scorsese and his own film, Dylan responds to enquirers with questions of his own, to discomfit and to hide. Someone in the audience calls for Dylan to be made President. “President of what?” is Dylan’s tart response – smart, meaningless and obfuscatory all at the same time.

So what’s the problem? Scorsese could not have got away with such a strategy without Dylan playing along with it too. In that sense, he simply doing Dylan’s bidding. It may be the lack of purpose to it. Renaldo and Clara, for all its faults, was whole-hearted in its games between fantasy and reality. Dylan and his associates merely lacked the ability to realise their ideas convincingly on the screen. Rolling Thunder Revue toys with such conceits only. It drops in references (including a clip from Les Enfants du Paradis), but they are throwaway ideas. Maybe the time for such games is over. Maybe Dylan is mocking the games he used to play. After all, it was long ago, before any of us were born.

Happily there is the music, and that is superb. Who needs the rest?

2 thoughts on “Masks and faces”