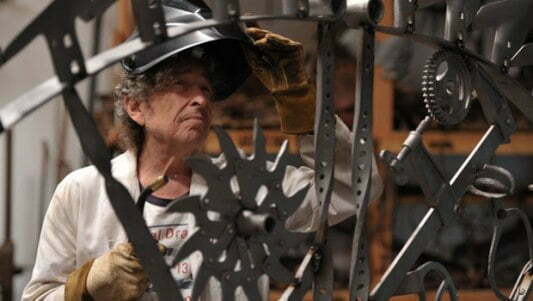 Who saw this one coming? Bob Dylan as a welder of gates? The Halcyon Gallery in Bond Street is currently hosting Mood Swings, an exhibition of ornamental gates and associated metalwork crafted by a man, who when he isn’t composing, recording, touring, writing, broadcasting or indeed painting, clearly likes to go a junkyard, pick up a few bits of metal to take back to his copious workroom, and build gates.

The results are extraordinary. I’m not sure how one can got about reviewing a gate, though it has to be said that none of the Dylan’s constructions would function terribly well as an actual gate. Instead they are creative, playful sculptures that you could say offer a way in to the greater understanding of the artist. The introductory notes to the exhibition point out Dylan’s family roots in Hibbing, Minnesota, home to the world’s largest open-pit iron mine. Here is a man who can properly claim, as he does in ‘Never Say Goodbye’ (one of my favourite Dylan songs), “My dreams are made of iron and steel”.

However, there is nothing heavily industrial about the gates, which relate more to his poetry than his hometown. What impresses you is their lightness, invention, wit and proportion. They are indeed made up of material re-used from the scrapyard. One may spot wheels, cogs, chains, spanner, hooks, handles, horseshoes, in one place a dog, in another a guitar. The number of re-purposed tools that feature in the gates seems like some sort of joke made about the nature of construction. There is something floral about the way the metal parts have been arranged, like a briar rose – indeed, the full verse from ‘Never Say Goodbye’ goes:

The welding itself seems to be rudimentary, with obvious joins between the pieces, but those who know their ironmongery have, it seems, praised what they have seen. Each piece is marked with a buffalo trademark. Should you be interested in purchasing one – they’d look nice on any wall – prices range from £50K to £250K. Three in the upper price bracket already had red dots beside them, indicating that they had been purchased, when I visited. So hurry. 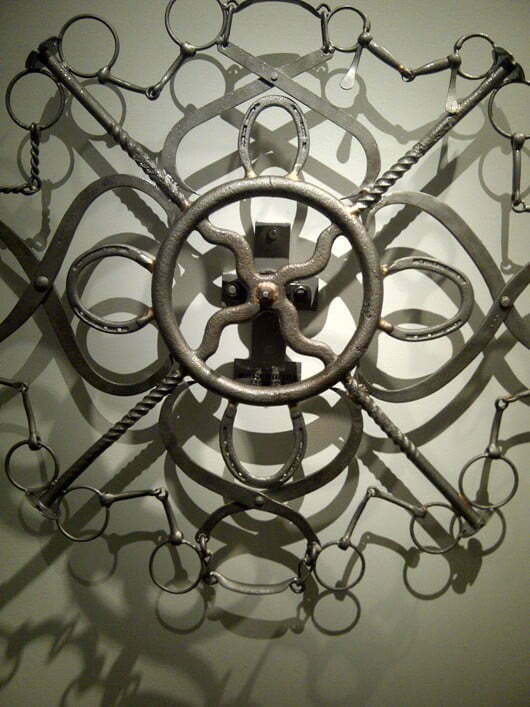 If it wasn’t apparent already, it is obvious now that Bob Dylan is not just a musician. He works across many media, working words and images as the heart dictates (his haunting paintings of railways tracks can also be seen at the Halcyon gallery). The late flowering of this vision, at a time when his contemporaries are either dead or reproducing identikit versions of the songs of their far far off youth, is extraordinary to witness, and makes you realise how it is going to be necessary to revalue the man all over again, just as he continually reworks his songs in performance (he is performing in the UK this week, with his usual playing of familiar songs rendered utterly unfamiliar). This is what made the speech by France’s Culture Minister, Aurelie Filippetti, so awful when Dylan was awarded the Legion d’Honneur last week. Her narrow view of Dylan still as protest singer, making a call for liberty, was a complete misreading of the man, his music, and of how the artist operates. Artists work for themselves, not for us. They express what they see and feel. What we then get out of the process is recognising something of ourselves in what they have expressed.

There are multiple Bob Dylans out there, with one part of that identity being the creative team that fashions his work for an online audience through bobdylan.com. This other Dylan, working in his name, continually thinks up new ways in which to keep his name at the cultural forefront, placing innovation above the marketing of tradition. A genuinely ground-breaking example of this is the video of ‘Like a Rolling Stone’ released this week. The song may be a little over-worked by now, but the ingenious solution they have come up with is to make the video like the experience of flipping through TV channels, on each of which there is someone lip-synching to the words of the song. Newsreaders, sportsmen, shopping channel presenters, TV cooks, soap actors, all spout out the snarling words, while the ability of the viewer to flip between these channels (as the song continues seamlessly) makes every viewing a unique one, as well as presumably rendering the video impossible to reproduce on any other video platform. At any rate, it has re-imagined the music video, and hundreds of video producers around the globe must now be cursing themselves and asking why they didn’t think of something like this before. 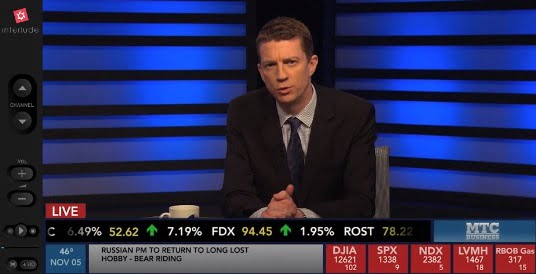 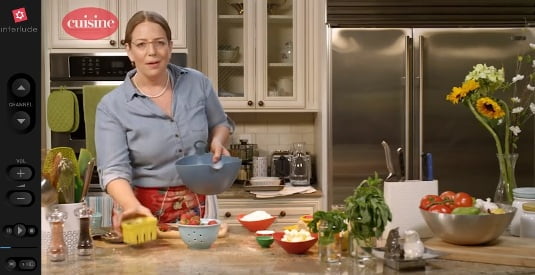 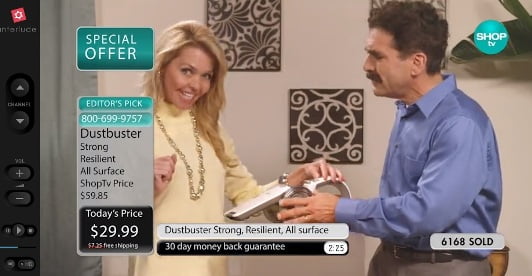 Of course Bob Dylan didn’t think up how to treat ‘Like a Rolling Stone’ for the video-savvy generation. He was too busy with his blow-torch. But it is all part of the same flowering.