I didn’t know what to call this post, but whenever I’ve been through some tumultuous period and come out the other side, the exultant title of D.H. Lawrence’s 1917 book of poems Look! We Have Come Through! somehow springs to mind, so it’ll do.

April has been the busiest month, and it has meant that I have neglected things on this site. The effort expended has been mostly in the preparation for events that in themselves were soon over. Much of that effort went towards the launch of the new reading room for news at the British Library, entitled the Newsroom. The Newsroom replaces the former Newspaper Library at Colindale, whose passing I wrote about last year. While the British Library’s newspapers are now being transport lorryload-by-lorryload to a dedicated new store in Boston Spa, Yorkshire, the Newsroom has been opened at the Library’s St Pancras site, with a new vision of providing researchers not just with newspapers, but television news, radio news and web news.

The Newsroom opened on 7 April, and I wrote about the day on the British Library’s Newsroom blog, which describes its layout and features, including such innovative (and technically temperamental) features as a video wall and Twitter feed showing the news coming in as we archive it, as the BL now has the responsibility of archiving the UK web space (which I have written about here). However it is the snazzy digital microfilm readers, with their screens that can be rotated to fit the portrait shape of a newspaper, that have most excited our researchers.

TNR Communications video of the Newsroom opening, which was syndicated to several news websites. I’m in there, somewhere

As the Library’s news curator, I was heavily involved in all this, particularly managing the ‘content’ side of things, while others performed far more practical tasks such as getting the place built and wired up properly. The official launch date was 28 April, when the Newsroom was opened by the Secretary of State for Culture Sajid Javid, whom I took on a tour of the place, trying to make computer terminals and rows of tables look fascinating. The day involved several media interviews (and I truly loathe having cameras pointed at me), and I write about the whole experience in another post on the Newsroom blog. A third post, entitled A strategy for news, sets out the Library’s plans for news content in the future, whose origins partly lie in a post I wrote on this site a while back. It all connects.

And then there was the book award. Last night saw the Kraszna-Krausz Foundations Book Awards, held as part of the Sony World Photo Awards at London Hilton. The KKF Awards were set up in honour of Andor Kraszna-Krausz who founded Focal Press and give an annual award to the best books on photography and moving image. (or at least the best that have be submitted by publishers who have paid the submission fee). I was a judge for this award three years ago, and now my book Charles Urban: Pioneering the Non-Fiction Film in Britain and America, 1897-1925 was among the three titles shortlisted for the moving image prize.

Well, dear reader, not to keep you too long in suspense, Charles Urban won the award. I wasn’t there, for reasons that made no sense to those who wanted me to be there, and don’t make much sense to me now, but someone kindly collected it for me on my behalf. So now I am ‘the award-winning author’ – except that the Who’s Who of Victorian Cinema book I co-edited with Stephen Herbert way back when was given a minor gong, so maybe I shall parade myself as the ‘multi-award winning author’…

All of this, and other work projects too petty to record here, but which have eaten up large amounts of my time, have meant that I have spent little time writing or researching things of personal interest, and the Picturegoing site has been sadly neglected. So I am going to refresh myself in foreign climes for a while, then hope to return to a more balanced life, and will try and find interesting things to say.

3 thoughts on “Look! We Have Come Through!” 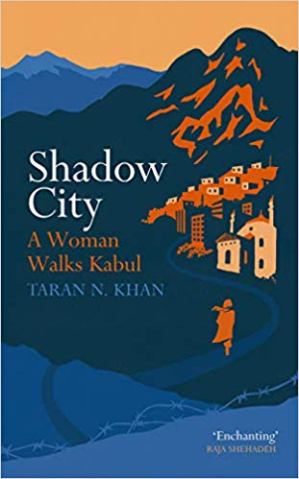